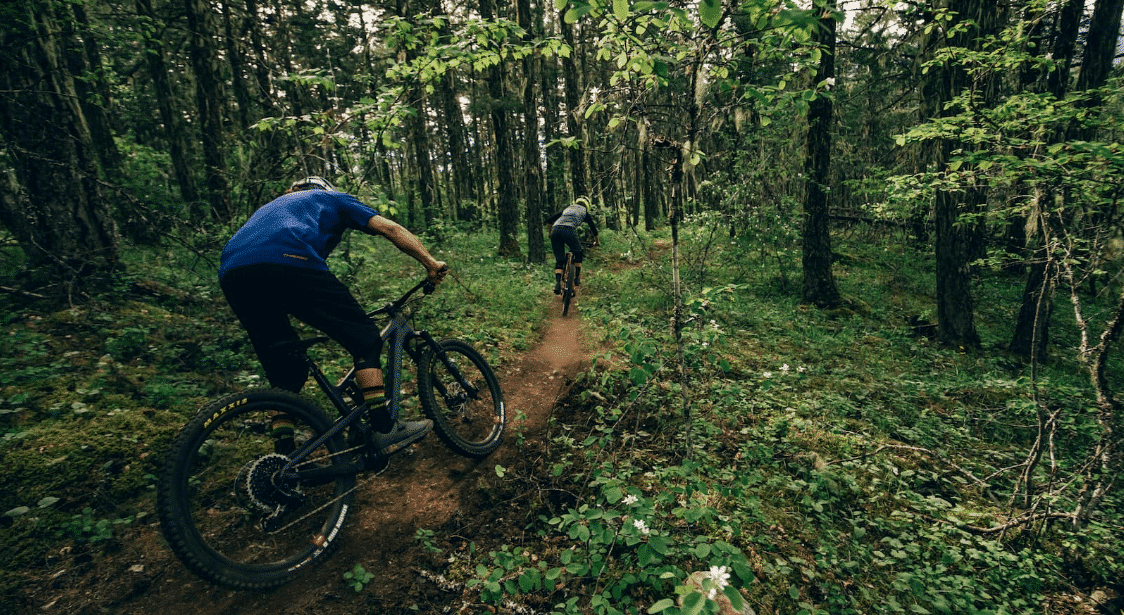 Santa Cruz Bicycles was founded by Rob Roskopp in a space about the size of a garage in Santa Cruz, California. Rob wasn’t tied to following trends or being told how to think, instead, he could see that full-suspension was an innovation whose time had come. Ever since then, Santa Cruz Bicycles has built bikes that allow riders to go further, faster, and higher, for longer.

Santa Cruz now manufactures a wide range of high-performance bicycles for true cycling enthusiasts. These bikes are made from either carbon fiber or aluminum and cover everything from hardtails to 8.5″ travel downhill machines.

The 5010 is the most fun you can have on two off-road wheels. Turning trails into pumptracks and logs into launches this bike begs to spend as much time above the ground as on it.

Not to be typecast

Santa Cruz’s most notorious thriller, the Bronson, is ready for action no matter what role it’s cast into. The Bronson has the biggest personality in range. From flat out on the trail to fully flat over a table, each new generation redefines expectations of what a 150mm bike can do.

The tin lizard has ascended the evolutionary ladder and is now a fully-imagined carbon fiber creature. It’s Darwinism in action.

The greatest hits compiled into one bike—just hit play.

If ever a bike resembled your most cherished mixtape compilation, the Hightower is it.  Featuring the lower-link mounted shock design, updated, adjustable geometry, this “Engineering Best Of…” assembles some of the biggest design pleasers into one belter of a road-trip companion.

The Nomad’s reputation is built on consistently pushing the envelope on how lawless a single-crown bike can get while still remaining a capable daily driver.

The road goes on forever and the party never ends

When the Stigmata was resurrected in 2015, we fused a number of MTB standards and design features to create a spin on the modern CX bike. Something must have clicked, because within months of launch it raced to victory at the legendary Three Peaks, and has continued to contend at elite cyclocross races around the world.

The Tallboy cuts a whole new swath across the trail bike landscape.

The Tallboy muddles the line between XC and trail with 110mm of rear wheel travel, paired with a 120mm fork, and fast-rolling 29er wheels.

With this range of Santa Cruz Bicycles, why wouldn’t you choose Base Camp Cyclery as your local Denver bike shop? If you would like any more information or would like to rent or demo one of our stellar Santa Cruz mountain bikes, stop by the shop or call 720-612-4962!

Get Your AXS From Base Camp & Celebrate Freedom from Cables!